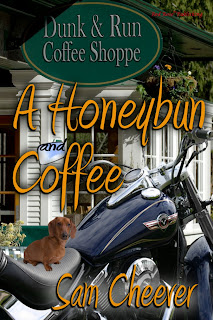 If you're a Honeybun fan, this is where it all started. If you haven't "tasted" your first Honeybun yet, this is a good place to start. #:0) A fun, fast paced romantic suspense, A Honeybun and Coffee is Alastair and Angie's story. The snippet below is not part of any excerpts I've ever published for this book. It's brand new! Enjoy.

RT Magazine gave A Honeybun and Coffee 4 Stars!
"...the adrenaline shot of the Honeybun brothers will definitely catch the attention of every romance reader out there. The first in the Honeybun Hunks series is a goodie. You will want one of these Honeybuns with your morning coffee!"